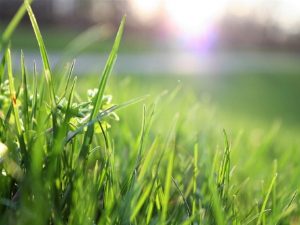 Many investors are in a constant hunt for cheap land in the United States. The prices of land have moved up and down, although it is safe to say that through the years the trend has always continued to increase. This is nearly as sure as death and taxes!

With patience, you can definitely make your money grow multiple times with land investments. However, finding land that sells at a cheap price requires some work, or finding some website sources that sell land wholesale, like Land Soar.

The Intrinsic Value of Cheap Land

The best thing about investing in cheap land is that you can be almost always sure that you’re making a great purchase. Sure, there are tracts of land that are unusable at the moment, or are located in very remote places. However, most of the land in the United States was considered remote at some point, but no longer!

The population is always expanding, so by owning land you have a product with fixed quantity, but an ever-increasing pool of buyers. The simple law of supply and demand is strongly in your favor!

As the population increases over time, then people will start building homes and businesses in these areas. This means that by waiting for the right time to resell or develop your property, you can certainly make a lot of money. This is a tried and tested method that has worked over many decades, and will continue to work for many more.

Cheap Land in the United States

The United States’ economy will continue to improve over the years, even with the ups and downs. It will have its cycles of ebb and flow, but historically the trend is generally up. There are still plenty of residential and commercial areas waiting to be occupied in urban and suburban communities, but with the continuous population increase people will spread out to what used to be remote areas.

These remote areas, usually rural land, are some of the cheapest you can find when you’re looking for affordable land for sale in the United States. A multiple-acre parcel of land can sell cheaper than a 1-bedroom condo or apartment in a busy city. Prices per acre are generally as low as a 4-digit figure, and sometimes even less!

It is important to note that if you are looking to invest in cheap land in the United States, you will generally find the best deals when buying multiple acres. This is not always the case, as sometimes you can buy a single acre for very cheap in rural areas.

For instance, if you are planning to invest in rural land in Florida, smaller lots are often times more expensive than larger acreage. When you want to get the best price for land, you should consider larger tracts. This is generally where the bargains are, and the more rural the better when you’re looking for deals on cheap land.

And this is many times the best fit anyways, as many investors in rural land are looking for remote areas to hunt, fish, and also to have privacy from the world.

The cost of land is usually the only cost when investing in raw land. More often than not, you’ll spend more when hiring realtors and agents and paying their commissions. The best way to get the most out of your money is by working with a reputable company that can help you buy or sell land.

At Land Soar, our job is to acquire vacant and at very cheap prices from people who no longer have a need for that land. We then sell these parcels of land to our clients at wholesale prices, and but realtors out of the equation. This means big savings!

Instead of having to deal with so many buyers and sellers at once, our clients only have to work with us. This makes the process much simpler, effective, and affordable. Without the need for middlemen, you can save a lot of money when you are buying or selling land.

We have cheap land listings available across the United States. If you wish to sell your land, just fill out this form and we will get in touch with you as soon as possible.

You may also call us at 386-200-5001 or email service@landsoar.com to learn more about our services and property listings.

Click to learn where some of the cheapest land in the US finds its home.